The album Bongo Rock by Incredible Bongo Band, published in 1973 has been highly influential to Hip-Hop and Drum&Bass producers. Samples of the song “Last Bongo in Belgium” can be heard in “Looking Down the Barrel of a Gun” by the Beastie Boys, “Angel” performed by Massive Attack and “Song of Life” performed by Leftfield. .

‘Let There Be Drums’ composed by Richard Polodor and Sandy Nelson 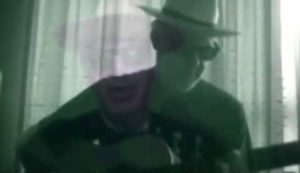